Ian & Penny’s dancing career started in September 2005 when, stumped for a suitable birthday present for Penny, Ian succumbed to the many hints and enrolled her onto a beginners Salsa course at the local college. Dance lessons were definitely a last resort because Ian knew he would have to go along too, and it certainly wasn’t his idea of a good night out! The classes were not the disaster Ian thought they would be, and by the end of the term they were both hooked and soon looking for something else to try after the Christmas break. Little did Ian know at the time, but this Birthday present was to prove a very expensive choice. 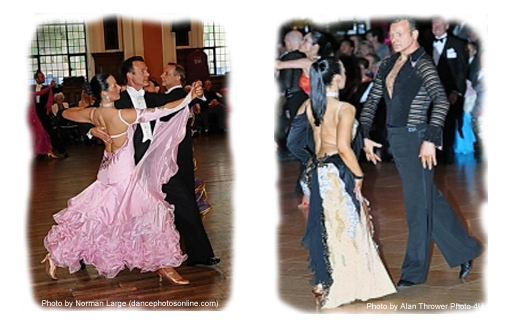 Soon the local paper was advertising a new beginners group due to start at the beginning of February 2006, and Ian & Penny decided to attend. It was there that they were first introduced to waltz, tango, cha cha, rumba etc. and started their love affair with Ballroom and Latin dances. After a few weeks of attending the lessons Ian & Penny heard about a social dancing practice night held at a local dance studio and went along to investigate. The practice night was almost exclusively for those who took lessons at the studio, so of course Ian & Penny were outsiders. They weren’t sure if the stares and whispers were because of their different routines, or because they had sat in someone’s ‘reserved’ seating; and when they won the raffle the first week, well things just couldn’t get worse. Quick thinking Penny decided to pass the raffle prize of Quality Street around the hall, which broke the ice, and things got better after that. 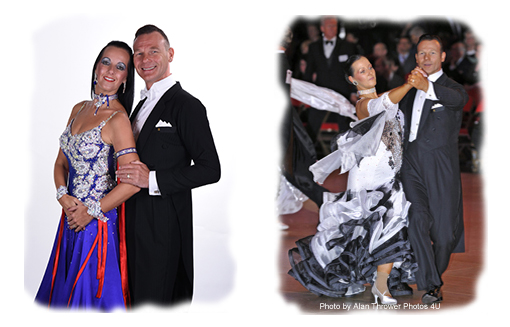 After only a few weeks the studio’s professional dance instructor suggested Ian & Penny have a private lesson and go to watch a local competition day to find out what competitive dancing was all about. They were both mesmerized by the outfits and the style of dancing, and their competitive nature was ignited. The first private lesson as competitive dancers took place at the beginning of September 2006, and with Ian & Penny’s limited Ballroom and Latin experience, it was like starting again and learning everything from scratch. 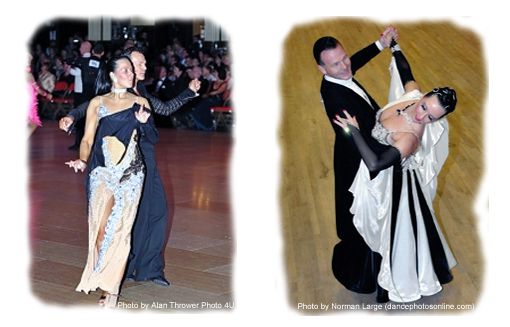 Ian & Penny were determined to put all their efforts into succeeding and after just six weeks of lessons they entered their first competition at Atherston, Tamworth, on 21st October 2006. It was a cold Saturday night and Ian & Penny’s fears of being the only Beginners entered were soon expelled when 12 couples took to a rather tight floor for a waltz and quickstep. More elbows, kicks, and collisions than the average rugby game meant the first round was a real baptism of fire. The Latin Beginners 2 dance was not such a scrum, although the same number of couples competed. Making the final in both sections was a real bonus and spurred on Ian & Penny to drive up north to Nantwich the very next day, and try it all over again.

That was just the start of all the hard work and dedication that was required to be a competitor in DanceSport. Dance practice, fitness training, or private lessons took up most evening. Travelling and competing around the country most weekends. Dancing became Ian & Penny ‘2nd Job’, but they loved it! 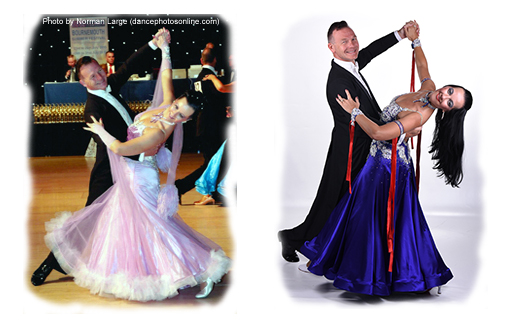 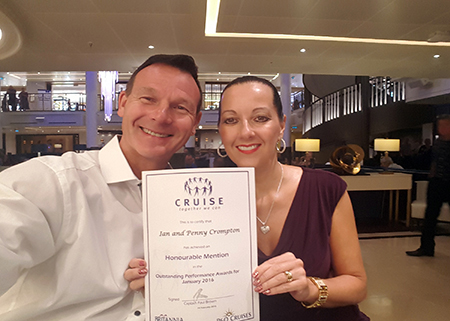 In December 2016, Ian & Penny were given a joint ‘Honerable Mention’ in the Outstanding Performance Awards onboard Britannia. The award recongnised their work as Dance Instructors, and the consistantly high quality feedback given by passengers for their lessons and hosting. The monthly Outstanding Performance Awards are judged by the Senior Officer’s onboard, and this was the first time any Dance Instructors had featured in these awards. 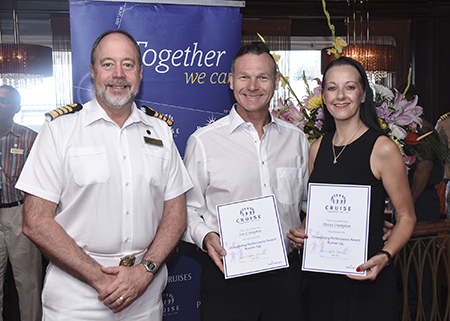 In June 2017, Ian & Penny were each awarded a ‘Runners Up’ prize in the Outstanding Performance Awards onboard Azura. The award was given for their exceptional passenger feedback and for the extra effort they made to include foriegn speaking guests in their lessons and evening dances. This was the first time any Dance Instructors had been awarded this honour, and Ian & Penny were very proud to be presented with their certificates and ‘Silver Pins’ by Captain Evans Hoyt at the ‘Cruise Awards’ ceremony onboard Azura. 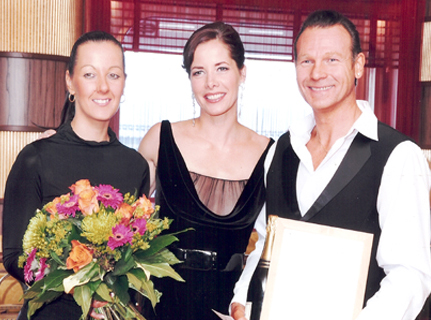 In April 2010, Ian & Penny won the ‘Dancing at Sea’ competition final held onboard P&O’s newest ship, AZURA. The finals were judged by Miss Darcey Bussell CBE (above), as well as international competition judges, Mr Michael Stylianos, and Mrs Barbara Grover. The competition heats were held fleet wide for passengers, with the final being part of the onboard events for the official Naming Ceremony of AZURA. The 1st prize was VIP access to all areas during the ceremony, including the presentation of the Ceremonial Sword, VIP area viewing of the ‘bottle breaking’, a Black Tie Celebrity dinner (table hosted by Craig Revel Horwood), and the VIP After Party. 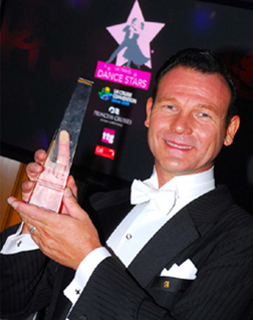 Ian won a pro-am competition sponsored by Princess Cruises at the UK Cruise Convention 2009. The 3 couples who made the finals had a day’s tuition by Matthew & Nicole Cutler before dancing in front of a panel of judges made up of Cruise Directors and Entertainment Staff from the Carnival UK fleet. The 1st prize was a one weeks cruise onboard Ocean Princess to Scandinavia.

Can Be A Rough Old Game!…

This video was taken by Penny’s Mom at a competition in June 2012. Ian & Penny are dancing towards the camera, Penny is in a black and white dress. Ian was out for the count for a few seconds, but after a quick assessment by the head judge, he carried straight on and completed the other dances in that round – Foxtroxt, Vienesse Waltz, and Quickstep. Competitive ballroom dancing – not for the faint hearted! 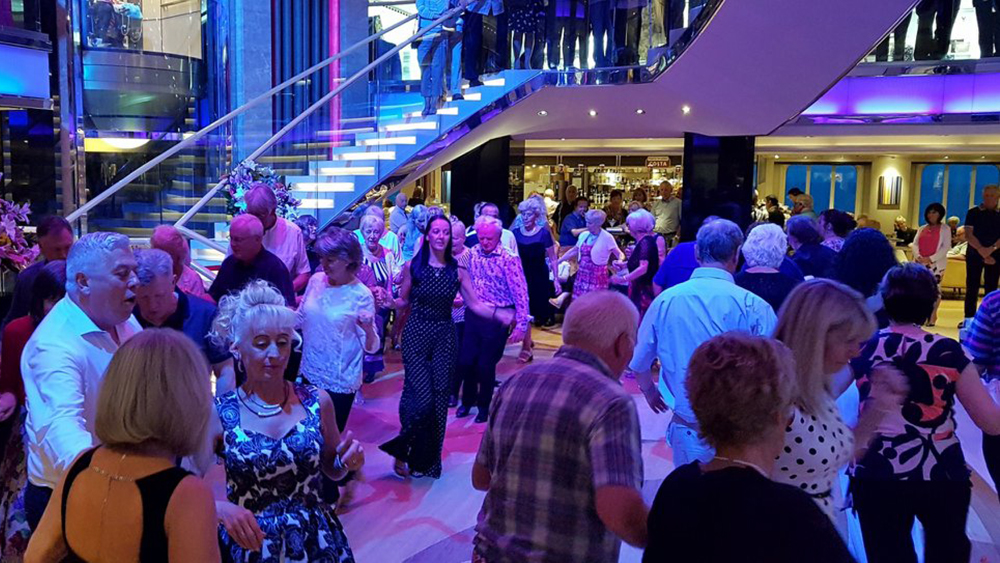 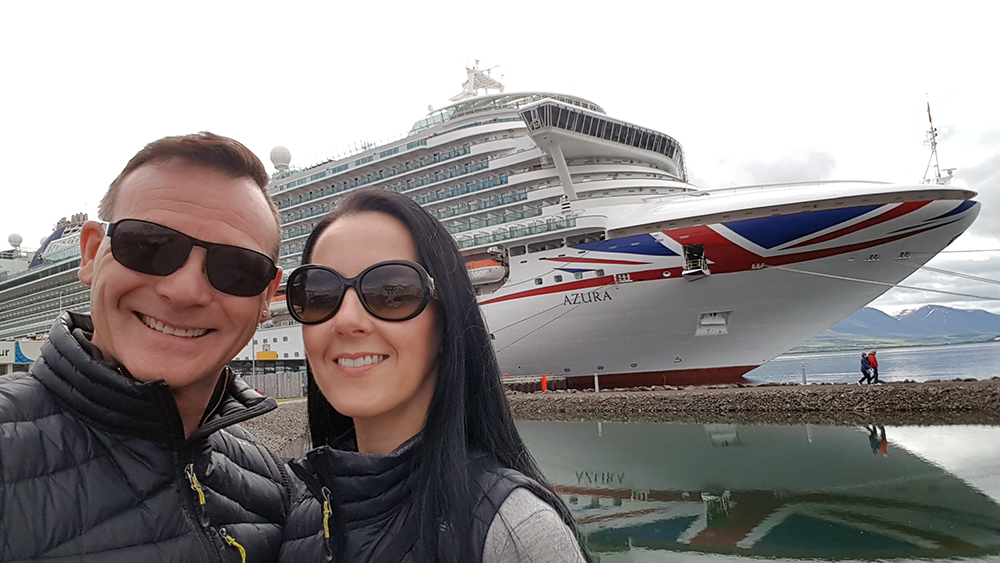 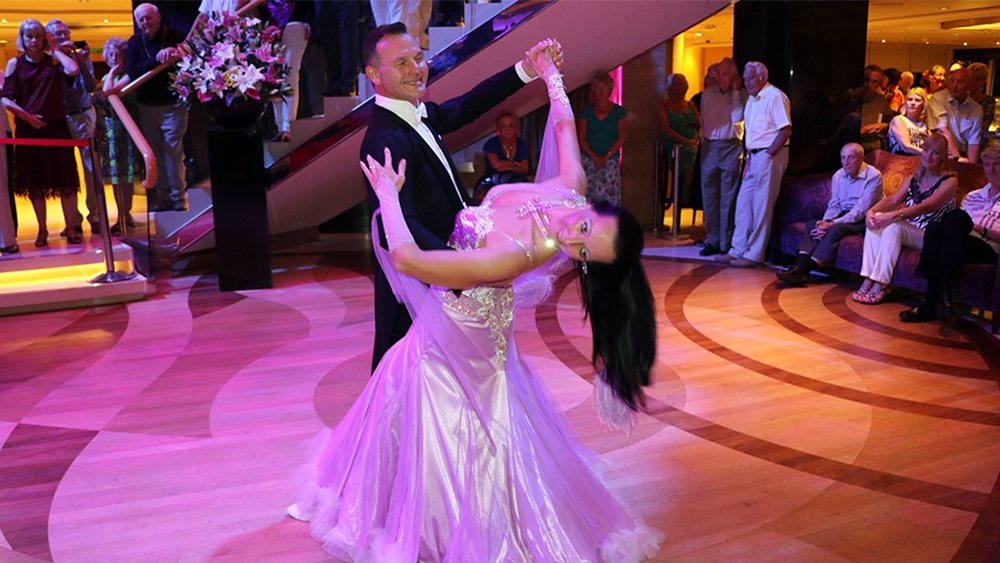 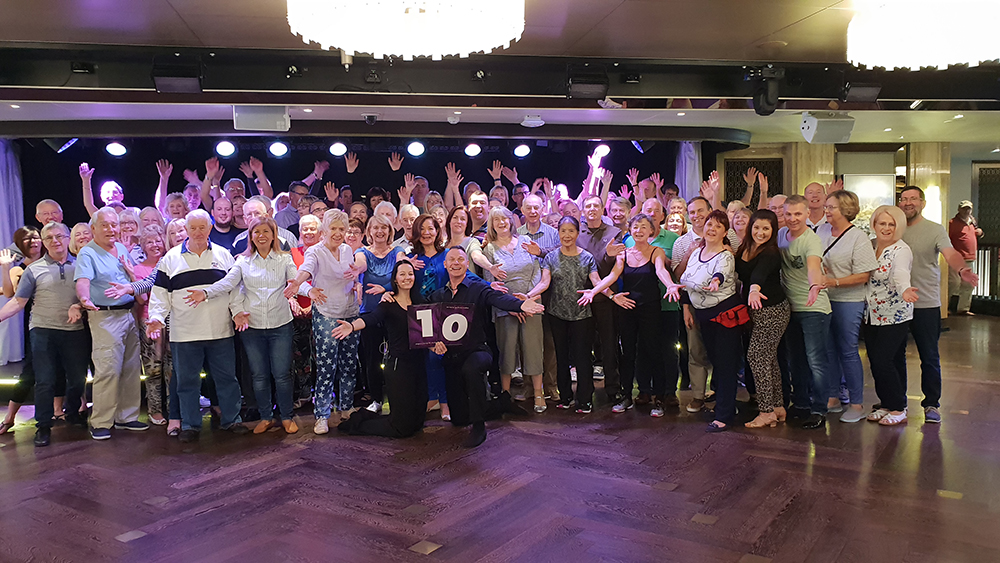 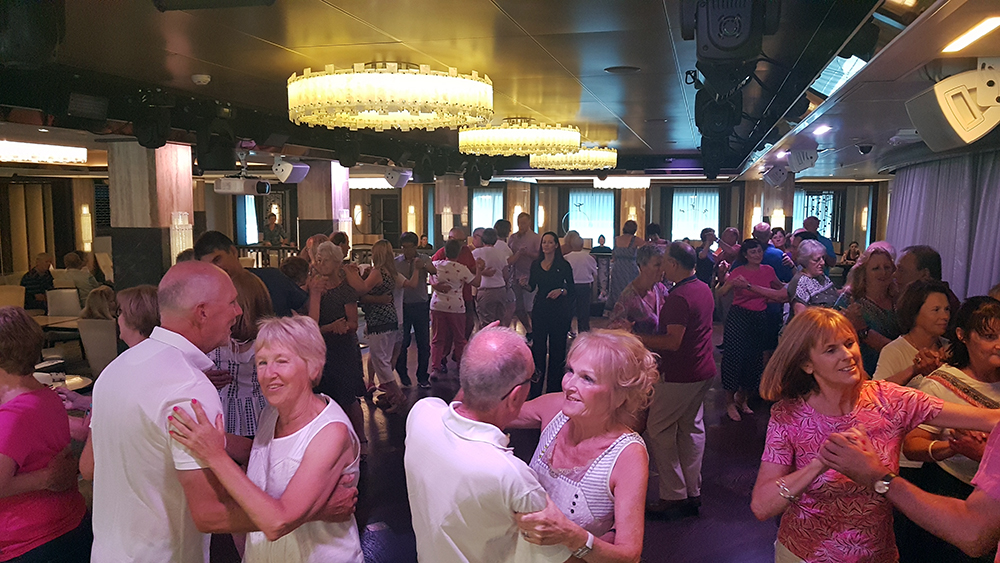 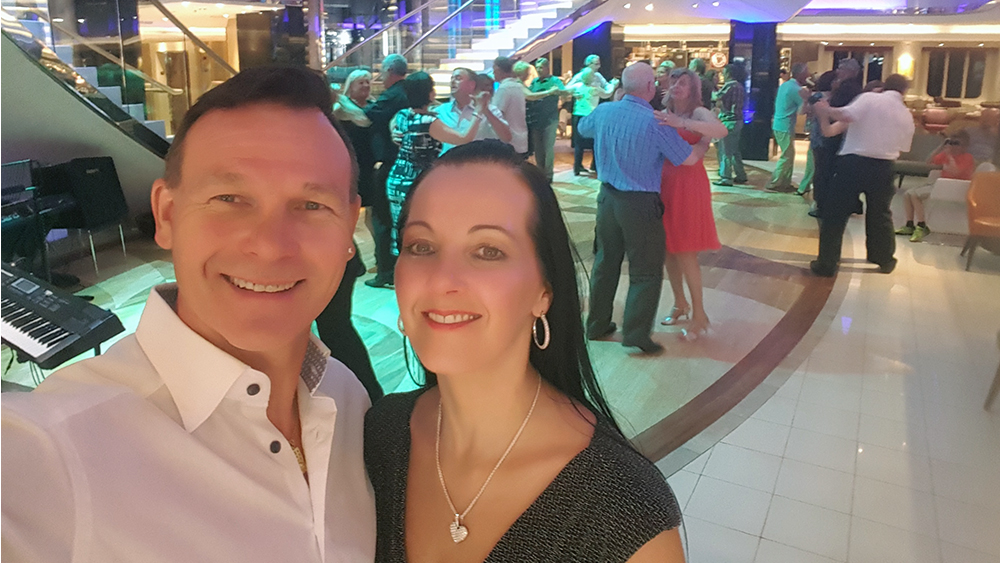 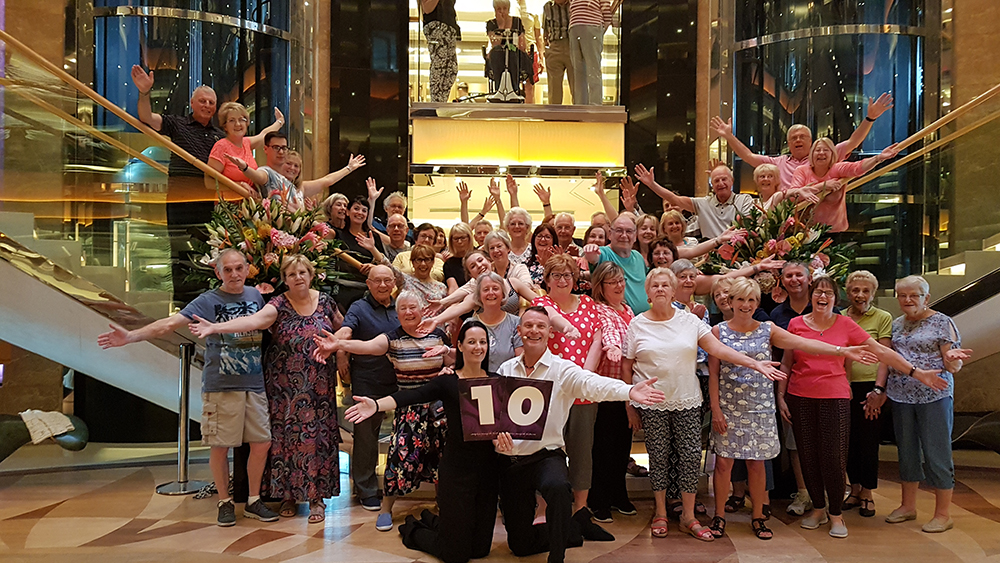 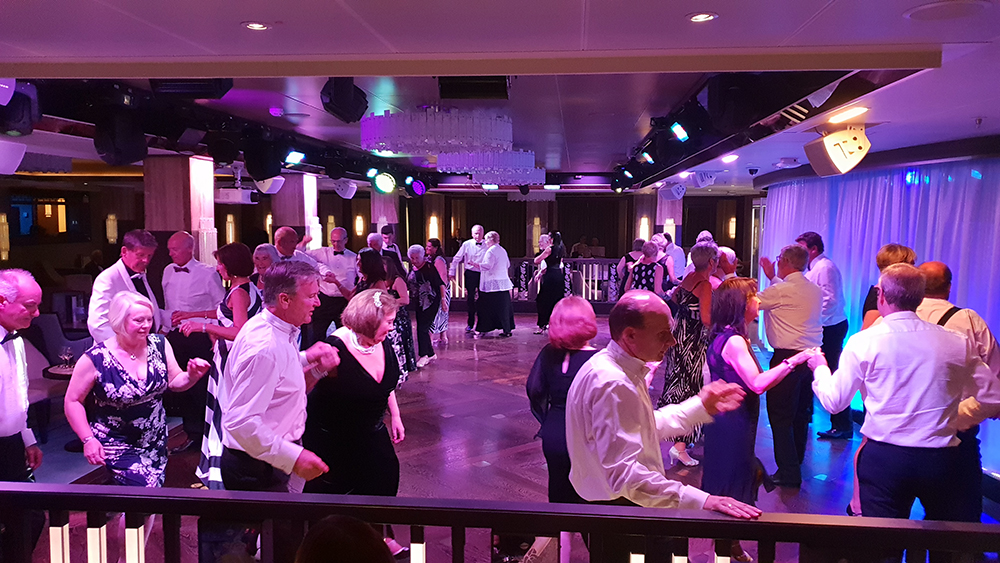 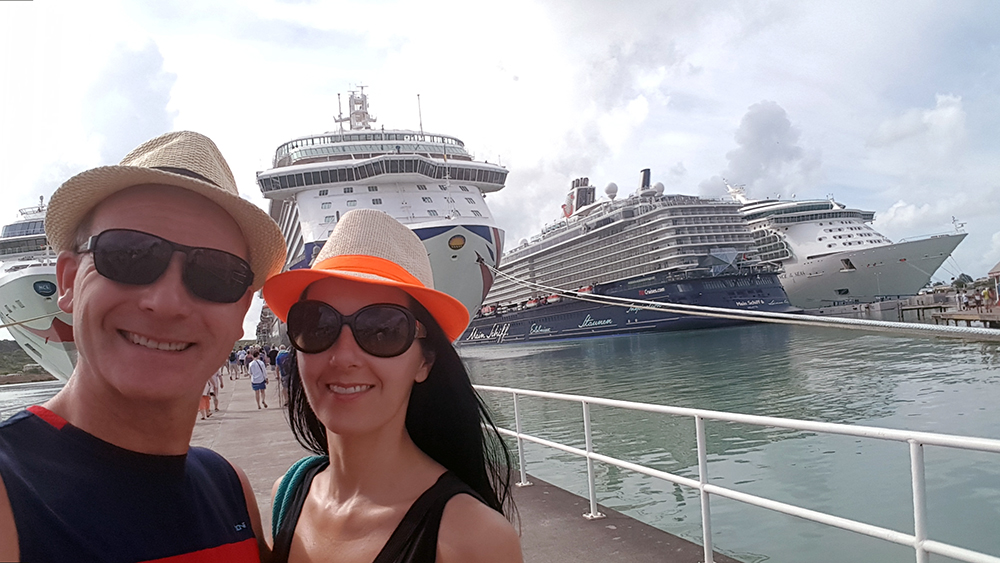 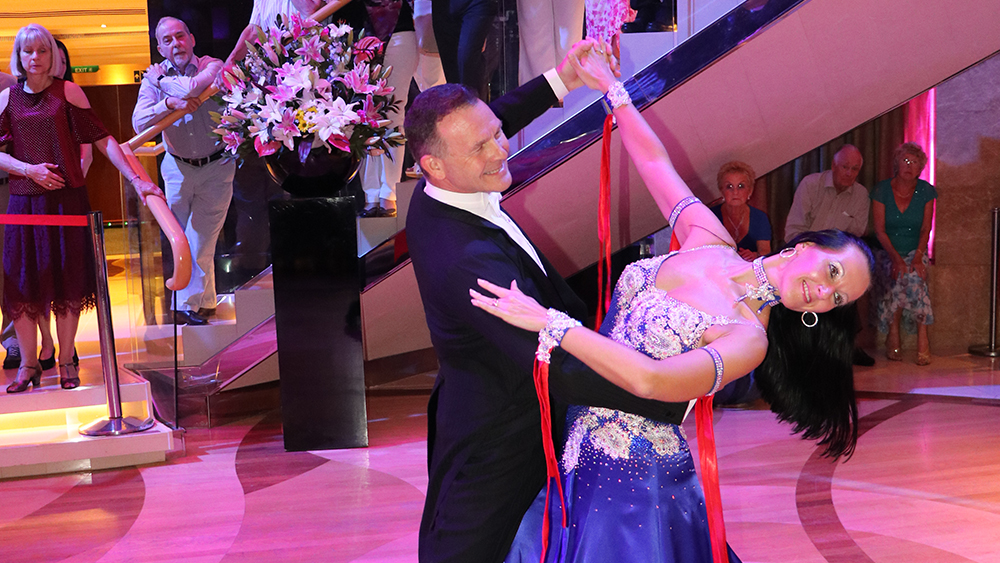 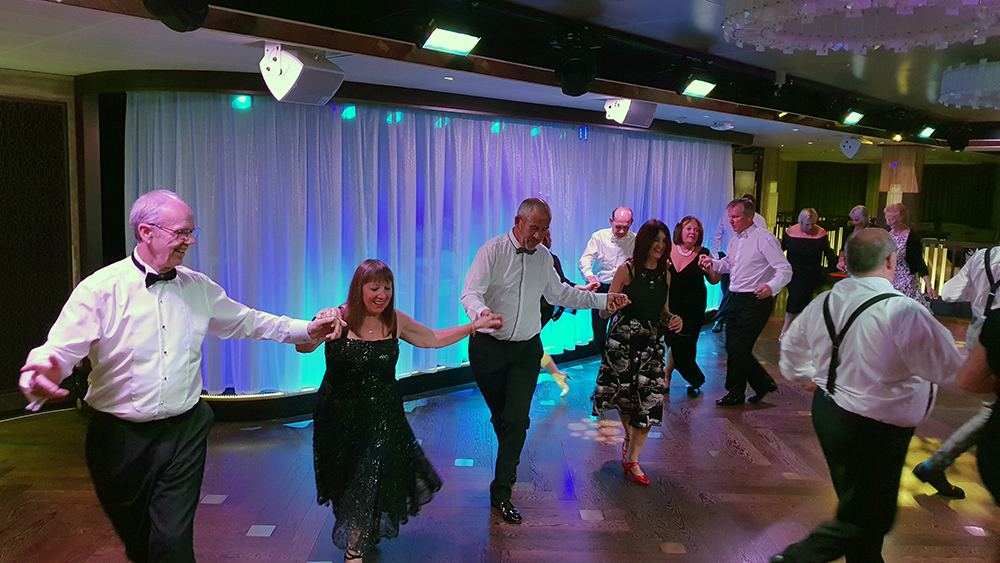 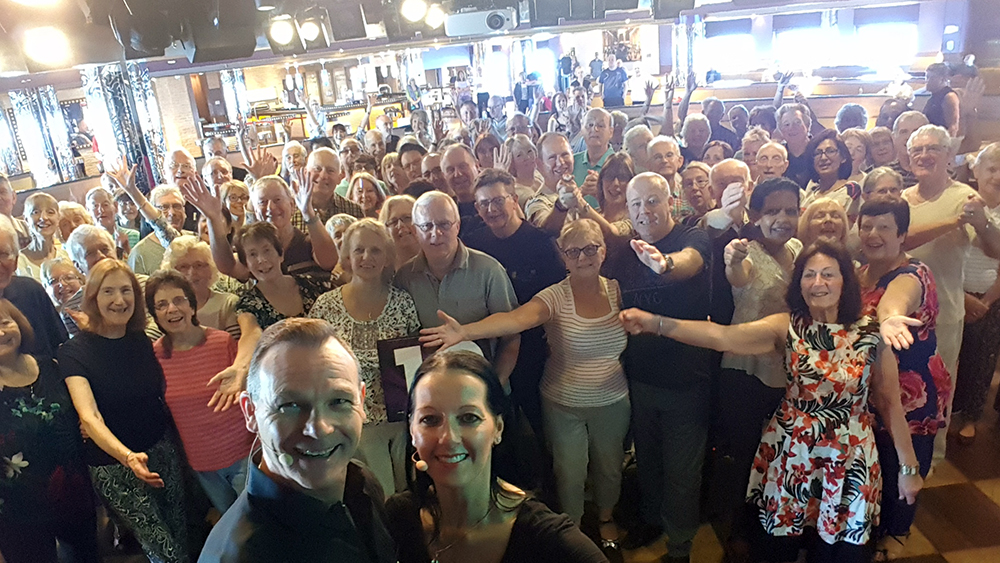 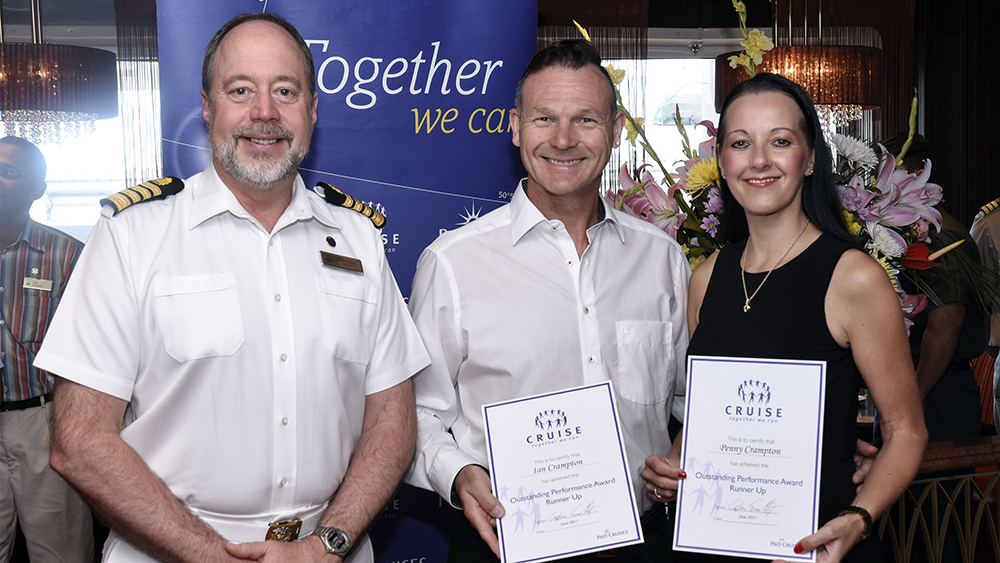 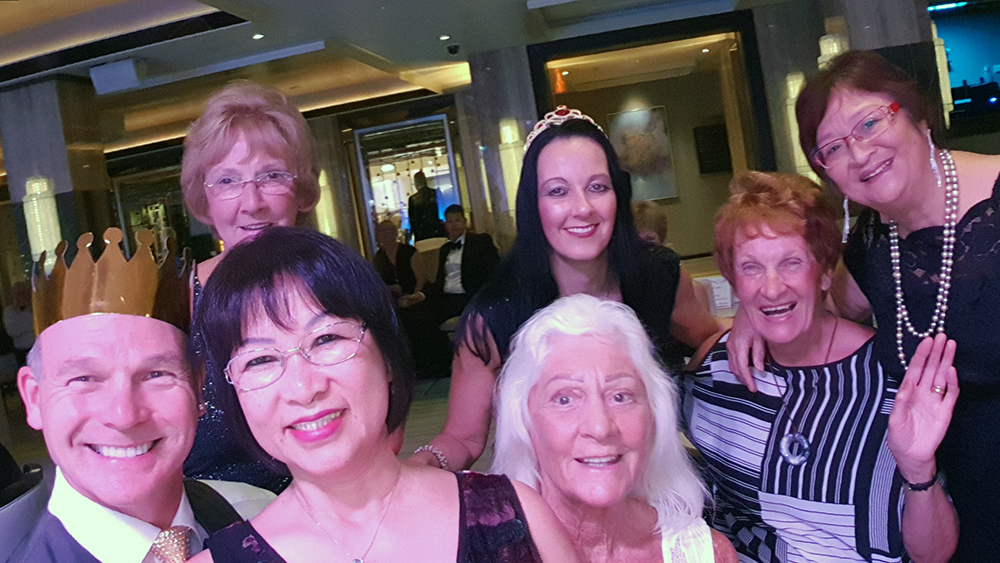 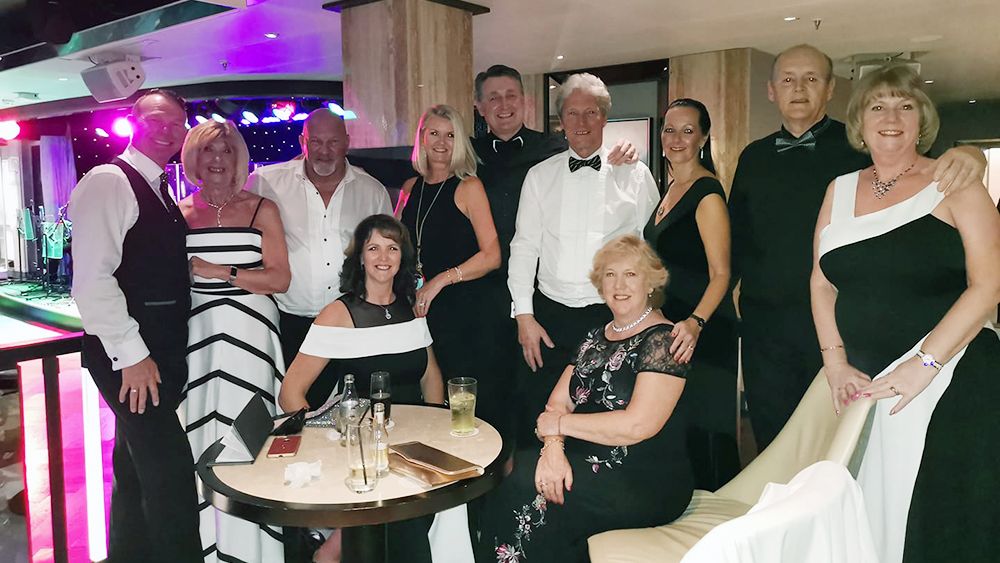